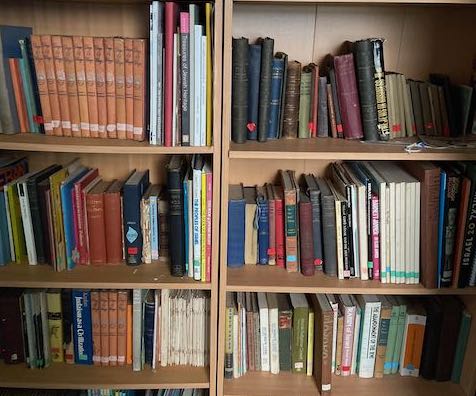 Mark Twain wrote in Harpers Magazine in 1899 an article entitled Concerning the Jews.  He writes:

“If the statistics are right, the Jews constitute but one percent of the human race. It suggests a nebulous dim puff of star dust lost in the blaze of the Milky Way.

Properly the Jew ought hardly to be heard of; but he is heard of, has always been heard of. He is as prominent on the planet as any other people, and his commercial importance is extravagantly out of proportion to the smallness of his bulk.

His contributions to the world’s list of great names in literature, science, art, music, finance, medicine, and abstruse learning are also away out of proportion to the weakness of his numbers. He has made a marvelous fight in this world, in all the ages; and has done it with his hands tied behind him. He could be vain of himself, and be excused for it.

The Egyptian, the Babylonian, and the Persian rose, filled the planet with sound and splendor, then faded to dream-stuff and passed away; the Greek and the Roman followed, and made a vast noise, and they are gone; other peoples have sprung up and held their torch high for a time, but it burned out, and they sit in twilight now, or have vanished. The Jew saw them all, beat them all, and is now what he always was, exhibiting no decadence, no infirmities of age, no weakening of his parts, no slowing of his energies, no dulling of his alert and aggressive mind.

All things are mortal but the Jew; all other forces pass, but he remains. What is the secret of his immortality?”

Much is said about the Jews and them punching above their weight throughout history both from a positive and negative point of view.  Always few in numbers but often at the forefront of the argument.

In a Times articles David Aaronovitch wrote that we should be wary of the rise of the dictator.  In an increasingly unsure world people have again turned to simple solutions to complex problems. However Jews have never been the friend to the dictator, whether it was the great empires that Twain refers to or the more modern dictator, strong man or populist. I wonder why?

I recently picked up a copy of “The Making of Jewish Modernity” a book of numerous articles on great modern jewish thinkers. Freud, Durkeim, Herzl, Einstein, Kafka, Weil, Rothko, Roth and many many others.  It show the breadth and depth of modern Jewish contribution to the world.

Why do we produce some of the greatest thinkers?

Why are we no friend to the dictator?

and; What is the secret to the Jews immortality?

Arguably we have an answer. And i emphasise “arguably” for a good reason.

THIS is why we produce great thinkers.  We do all those things, throughout history, without fear or favour.  And this is why have been never been friend to the “dictators”.   And, I suggest, this is the secret to our immortality.  So if we stop, not only, thinking but rethinking and rethinking, discussing, arguing, testing, doubting, criticising,  challenging, learning, and all compassionately and thoughtfully,  then we no longer deserve our immortality as a people.  We will just fade into history and become, as Mark Twain said, “a nebulous dim puff of star dust lost in the blaze of the Milky Way”.